Hits: 832
It's difficult to separate these principles into strictly combat or life style applications.
This is as it should be. In both life and combat, the key to success is the same - harmony.

Although these concepts are present during training, we try to avoid talking on the floor.
Instead, we invite adult and teen students to attend our monthly online video conference lectures.

We often hear that, "Karate is more than just punching and kicking."

Although it isn't always actually taught that way, this is what that saying means when it is:

Sun Tzu wrote The Art of War but it could perhaps also be called The Art of Discord. Although it talks about battle and armies, its principles are invaluable in living successfully. For example, his most famous admonition tells us, "The greatest victory is that which requires no battle."

Leverage, preparation, balance and harmony, positioning... We've all heard of these things, so why do we always wind up struggling to open pickle jars? And, remember, Sun Tzu also said, "... every general knows these things. Those who adhere to them prevail, those who don't do not prevail." And that was 2000 years ago!

And then there's Lao Tsu, author of the Tao De Ching, who advises, "He who conquers others is strong; he who conquers himself is mighty."

Everyone trains to beat the other guy. The tough guy. We train to beat the toughest guy in our lives, ourself. Isn't that always the case?

Another example is the Kenpo Gokui (Fist Law, also known as The Codes of Karate.) Each of these eight combat principles also has lessons for daily living. For instance, one code says, "The ear must listen in all directions."

The combat implication of this is obvious - don't get sandbagged by the guy's buddy who is standing in back of you. But it also reminds us that what we think we heard isn't always the same as what someone actually said. How many arguements could be avoided by remembering this one?!

The truth every good martial artist knows is this: You need the 'punching and kicking' after you've made every mistake possible along the way. We spend 99% of our time preparing for something that we train to never have happen. 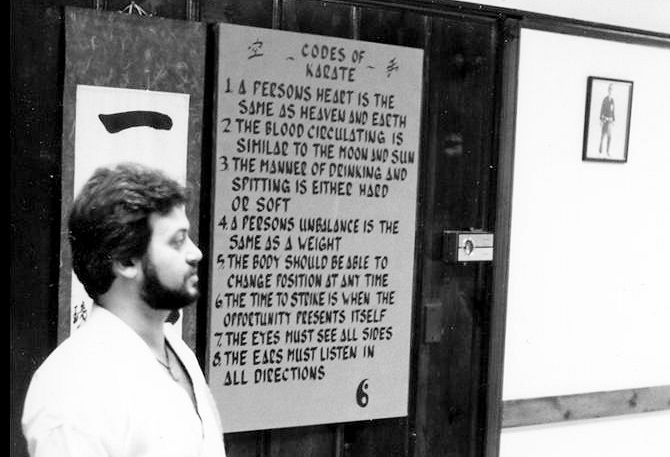 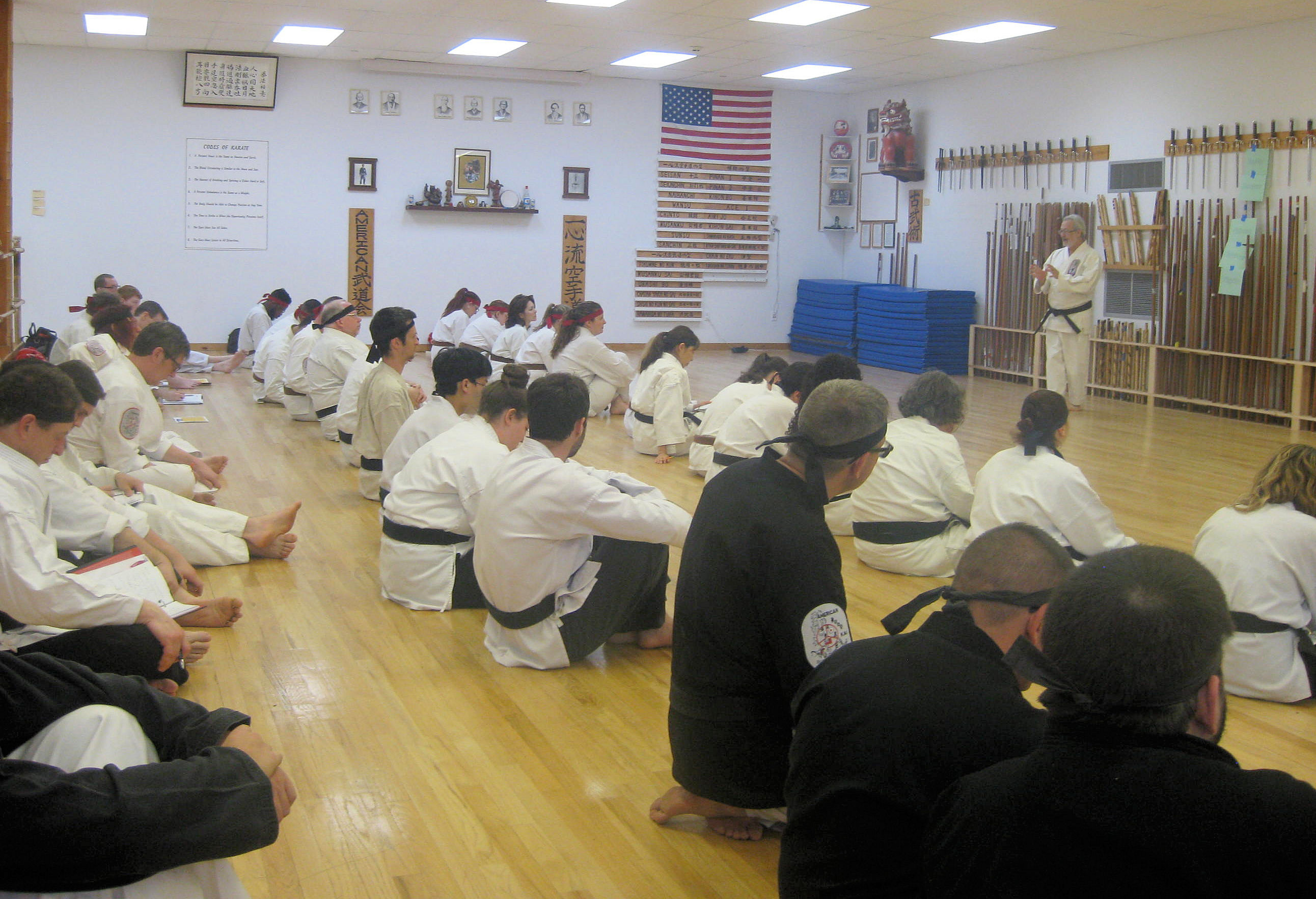 Karate is a craft, not unlike all others. It can be mastered, and, in doing so, we can learn to also master ourselves and our lives.

In fact, Myamoto Musashi, the renowned samurai, used the craftsman analogy to describe swordsmanship in his famous Book of Five Rings.

The Zhuanzi is a book containing a series of 'skill stories' that describe many aspects of craft mastery that relate closely to what karate students strive to achieve on the dojo floor.

Lieh Tzu wrote a kind of guide to practical living that describes principles that can be conversely applied to developing good martial character.

There are too many other examples to list here, but the point is this: Karate, as a martial art, has many faces.

On a battlefied it can be deadly. But we don't live on a battlefield - at least not that kind. Instead, karate-do can also be used as a tool for negotiating the challenges of just getting through the day.

We see this study as a legitimate form of self-defense.

Our students are encouraged to first try observing the principles we cover in operation around them. Then, once they get a feel for it, to experiment with using them in their own situations.

Many students regularly report good results when trying to have a better day. None have yet reported having to win a fist fight.
Print   Email